‘We can’t forget that the Church is the people’

Joe Calloway has been working for years to rebuild his old neighborhood. Now he’s excited to help rebuild lives through an inner city ministry that’s bringing young people to Jesus.

Sacrificial gifts to Our Campaign for The Church Alive! help provide new start-up grants for the ministry, which embraces Pope Francis’ preference for “a church that is dirty because it’s been on the streets.” The “vagabond” reference is tied to Jesus, who lived as a wandering preacher during his public ministry, and to his followers who journey as vagabonds to their true home, heaven.

“I like their approach to becoming part of the community,” Calloway said. “The kids need someone to care about them and love them.”

The missionaries have been reaching out to youth exposed to violence and drugs in Pittsburgh’s Garfield, Bloomfield and Friendship neighborhoods, and in Sharpsburg.

The missionaries help embody Bishop David Zubik’s call to be On Mission for The Church Alive!, bringing Jesus to those who need Him most, especially the young.

At the heart of the effort is an outreach model based on Jesus’ ministry. Missionaries and trained volunteers meet kids where they are, whether on basketball courts, in housing projects or in schools that partner with the ministry.

Teens are mentored and taught the faith, attending worship nights, Bible studies, retreats and mission trips. Some are going to Mass regularly for the first time in their lives, and several have expressed interest in entering the church next Easter.

Expanding into Allentown and the Hill District is a “unique challenge and opportunity,” said Andy Lesnefsky, president of Dirty Vagabond Ministries. “Funding these new locations in the inner-city of Pittsburgh is a continued commitment to effectively evangelize and minister to the poor.”

Baptized at the former St. George church and growing up in the city’s Knoxville neighborhood, Calloway witnessed the steady decline of the Hilltop area. Allentown lost 70 percent of its population from 1940 to 2010, according to the U.S. Census Bureau. Gun violence and poverty are higher than the citywide average.

St. George merged with St. Joseph, St. Canice and St. Henry parishes in 1994 to become St. John Vianney Parish, which closed in 2016 after a 77 percent decline in membership in a decade. Allentown became part of St. Mary of the Mount Parish in Mount Washington, which holds the charter to the community food bank, run by a nonprofit organization.

“I have deep-seated memories of St. George, which was a beautiful church,” said Calloway, now a member of St. Alphonsus Parish in Wexford. “But that’s not what Jesus cared about. We need to be present in Allentown, on the streets.”

“We spend so much time focused on our buildings,” said Father Michael Stumpf, pastor of St. Mary of the Mount. “Important as they are, we can’t forget that the church is the people.”

“We need to care for those who are poor, the excluded, and those who don’t know the Lord,” he said.

“Building on previous success, our vision is to make Pittsburgh a model of how to reach multiple neighborhoods in an inner-city,” Lesnefsky said. “Other dioceses already have shown interest in this kind of evangelization.”

Lesnefsky also expressed appreciation for the support they have received.

“We are so thankful to donors and partners who are helping to transform lives and our neighborhoods,” he said. 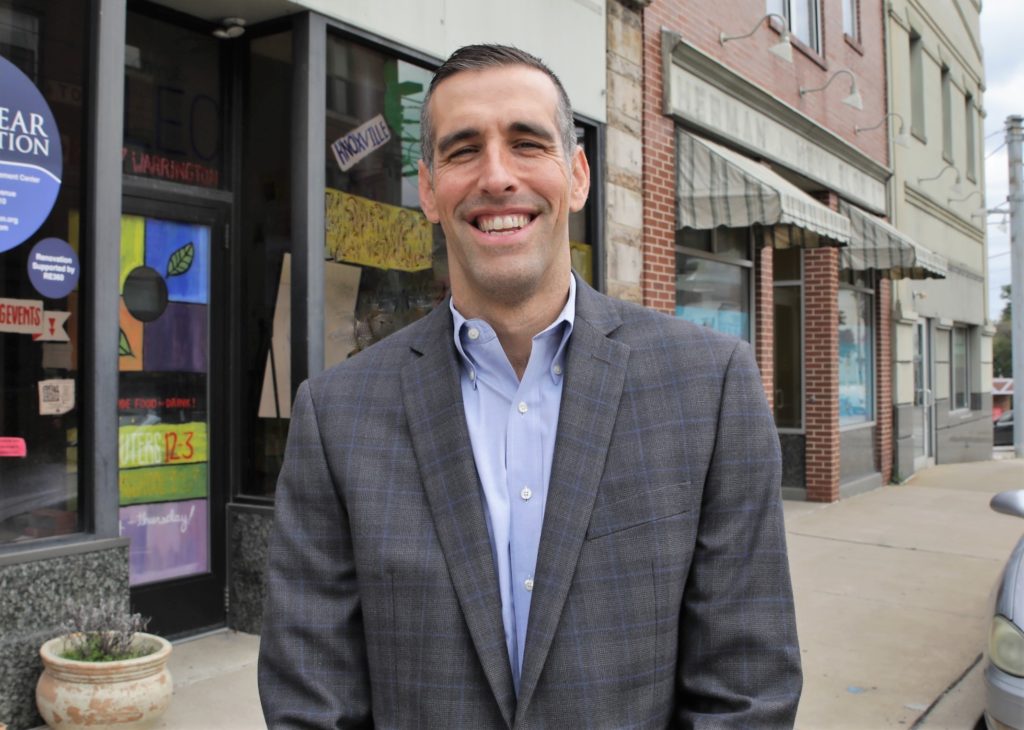