As a cradle Catholic, Mike Sealy thought he understood what it meant to have a personal relationship with Jesus. That was before ChristLife came to his parish.

“It was a life changing experience,” said Sealy, who helped to lead the evangelization program at Our Lady of Fatima Parish in Hopewell Township, Beaver County. “I always got the Catholic faith intellectually but it wasn’t in my heart. I learned how to make myself available to Jesus through prayer.”

Thanks to a new grant funded by sacrificial gifts to Our Campaign for The Church Alive!, more lay leaders like Sealy will have the opportunity for such spiritual awakening experiences to help them grow in the faith and lead others to Jesus.

Programs also will be available for the first time in area Catholic schools and colleges.

Called “The Leaven Initiative,” the effort will complete the work of the diocese’s School of Missionary Discipleship, an intensive process of spiritual and intellectual formation, consultation and training in evangelization.

“The Leaven Initiative was named after the parable of the leavened bread in Matthew 13:33, where Jesus shows how the few can effect change in the whole,” said Judene Indovina, diocesan director of Catholic Identity. “By training small teams of lay people eager to bring others to Christ, we hope to create an awakening of faith and conversion in the entire diocese.”

The program will establish regional training centers and discipleship teams for parishes and schools, supporting the ministry of clergy in building vibrant faith communities. The goal is for the centers to become self-sustaining after three years.

Such training in faith formation and evangelization is urgently needed. The Pew Research Center found that 52 percent of those raised Catholic leave the church as adults. Among millennials, 80 percent stop practicing the faith.

Even more telling, only about 5 percent of Catholics who regularly attend Mass are considered to be evangelizing disciples, according to research done by evangelization expert Sherry Weddell.

The initiative will provide direct service and training to principals, teachers, campus ministers, directors of formation, catechists and parents.

“Taking this to schools and colleges is a wonderful idea,” said Rita Morasco, who helped introduce ChristLife to St. Teresa of Avila Parish in Ross, and then to neighboring parishes. “Young people are often so busy that they don’t make time for God and talk about what’s really important—salvation.”

A similar program, Alpha, is offered in one, 11-week series.

“Participants talk about it in the community,” said Father Bob Miller, administrator of the parishes. “As they gain confidence to talk about their faith, they can attract other people who are looking for meaning in their life.”

St. Gabriel of the Sorrowful Virgin Parish in Whitehall offered ChristLife four times, according to leader Jim Zern. Alpha is being presented now to all four parishes in their grouping.

“I realized I had never had a relationship with Jesus because I was always pushing him away,” Zern said. “I was afraid of showing my faith, but as a result of the ChristLife program I realized I was being called to be a disciple of Jesus and not be afraid to be who I truly was.”

Sealy is grateful for his new, deeper bond with Christ.

“Once you have that relationship with Jesus, you have a much better sense of your place in the world,” he said. 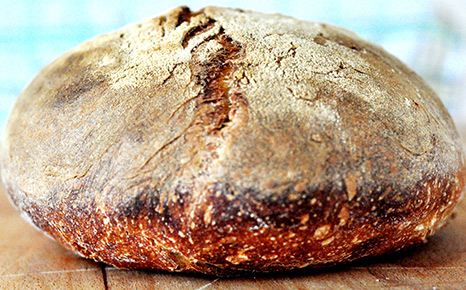