Pittsburgh’s Allentown neighborhood lost most of its Catholic population in recent decades. Young urban missionaries see that as an opportunity for outreach.

“I think the Lord has called us here and I’m confident he has great plans for us,” said Tiana DeLorge, 24, leader of a Vagabond Missions team that is beginning its ministry in Allentown. “People have been very welcoming and they’re glad to have us here.”

Vagabond Missions works to break the cycle of hopelessness in the inner city, reaching out to youth exposed to drugs and violence and bringing them to Jesus. They have had success in Pittsburgh’s Garfield, Bloomfield and Friendship neighborhoods, and in Sharpsburg. Next year they plan to expand into the Hill District.

Sacrificial gifts to Our Campaign for The Church Alive! helped provide start-up grants for the ministry.

Meeting teens on basketball courts, in parks and at school, missionaries mentor them and teach the faith, holding worship nights and Bible studies and going on retreats and mission trips. In August, they took 30 local kids to a summer adventure camp in Columbus, OH.

Some young people are attending church regularly for the first time in their lives.

“I’m excited to be in Allentown,” said missionary Lauren O’Brien, 22. “This is an opportunity to trust in God.”

The community is trying to stage a comeback after Allentown’s population plunged 70 percent in the decades following World War II, according to the U.S. Census Bureau. Gun violence and poverty are higher than the citywide average. The last Catholic church in the area closed three years ago.

“People have had to build walls (metaphorically),” he said. “We want to build relationships, slowly see those walls come down, and hope they let us into their hearts and lives.”

The Vagabond missionaries are getting a big assist from board member and real estate developer Joe Calloway, who grew up in neighboring Knoxville. He’s providing free housing to the missionaries and space in a former funeral home on East Warrington Avenue for their Urban Underground youth center.

“After seeing the love and care the Vagabond missionaries bring to other neighborhoods like Garfield, I am confident they will make a difference in the lives of young people in Allentown,” Calloway said.

St. John Vianney Parish, formed in 1994 through the merger of St. George, St. Joseph, St. Canice and St. Henry parishes, closed in 2016 after a 77 percent decline in membership in a decade. Some of the parish territory became part of St. Mary of the Mount Parish in Mount Washington, where Father Michael Stumpf is looking forward to the missionaries and teens joining them at Mass.

“We’re excited for their ministry and believe it will be a great relationship with our parish,” he said.

With the expansion into Allentown, Vagabond Missions now has 10 missionaries serving locally, according to Shannon Keating, Pittsburgh area director. They also have mission sites in Steubenville, OH, Greenville, NC, and Wichita, KS.

“We have opportunities to serve directly with teens, whether as volunteers or providing meals and financial support,” Keating said. “People can also get involved by becoming part of our local advising committee, through prayer support, or considering service as a missionary.”

“People should donate their time in any way possible,” he said. “Jesus was out on the streets caring for and loving people who were most in need. We should follow his lead.” To learn more, visit VagabondMissions.com or e-mail shannon@vagabondmissions.com. 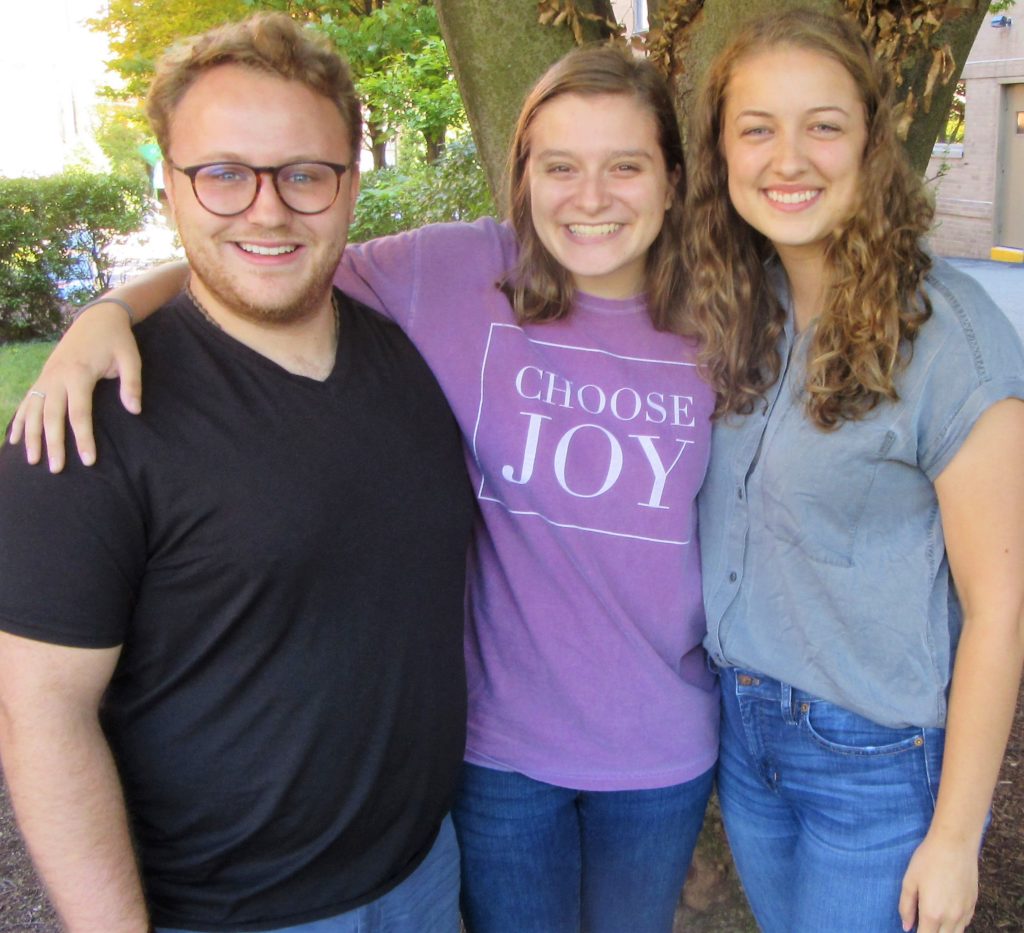