PROGRESS IN OUR PARISHES

Throughout the six counties of the Diocese of Pittsburgh, parishes are using funds raised through Our Campaign for The Church Alive! to become better witnesses of Jesus and more welcoming to everyone.

St. Wendelin Parish in Carbon Center, Butler County, is one of 13 parishes in the diocese chosen for a pilot evangelization initiative funded by the campaign. The program will help participants to encounter Christ, grow in faith, discern their spiritual gifts and answer the call to mission.

“We’ve replaced the pews that were installed when the church was built in 1970, as well as the carpeting,” he said. “Next we will add a mobile computer lab for our school.”

The goal of the Church Alive! campaign is to help sustain and strengthen parishes, invigorate evangelization, revitalize sacramental life, support education and formation in the faith, train clergy and lay leaders, and serve the poor and marginalized.

The ChristLife evangelization program at St. Louise de Marillac Parish in Upper St. Clair, which was partially funded by the campaign, is bringing people into the church. Father Joe Sioli said that several ChristLife participants joined the Rite of Christian Initiation of Adults program and were received into the faith. Gifts also helped refurbish the religious education office, and money is being set aside for future capital projects.

About two dozen teens from St. Robert Bellarmine Parish in North Versailles are receiving assistance from the campaign. It’s helping to fund their fall retreat, according to Father John Brennan. Youth Minister Emily Belchick said she is also organizing a retreat next summer. In addition, the campaign paid for replacement pews in the church.

Parishioners at St. Elizabeth of Hungary Parish in Pleasant Hills are investing campaign funds in a major interior renovation of their church, timed to coincide with the 75th Diamond Jubilee of the church.

“We’re placing the tabernacle in the center of the sanctuary,” said Father Dale DeNinno, pastor. “The renovation idea grew from that change.”

The vestibule and choir loft will be enlarged, creating space for a bride’s room and restroom. A new HVAC system and LED lighting also will be installed. The work is slated for completion in December.

A new restroom has been built in the church vestibule at Our Lady of the Most Blessed Sacrament Parish in Natrona Heights. Father Jim Mazurek said they also converted space into a religious store, painted the interior walls and ceiling, and installed railings along the sanctuary steps.

At St. Joseph Parish in Natrona Heights, a new railing was put in the choir loft, and the church received new paint, carpeting and tile.

At St. Teresa of Avila Parish in Perrysville, a new elevator is being installed in the church, according to Father Bob Vular, pastor. Restroom improvements are next, along with a renovated Schoppel Hall. 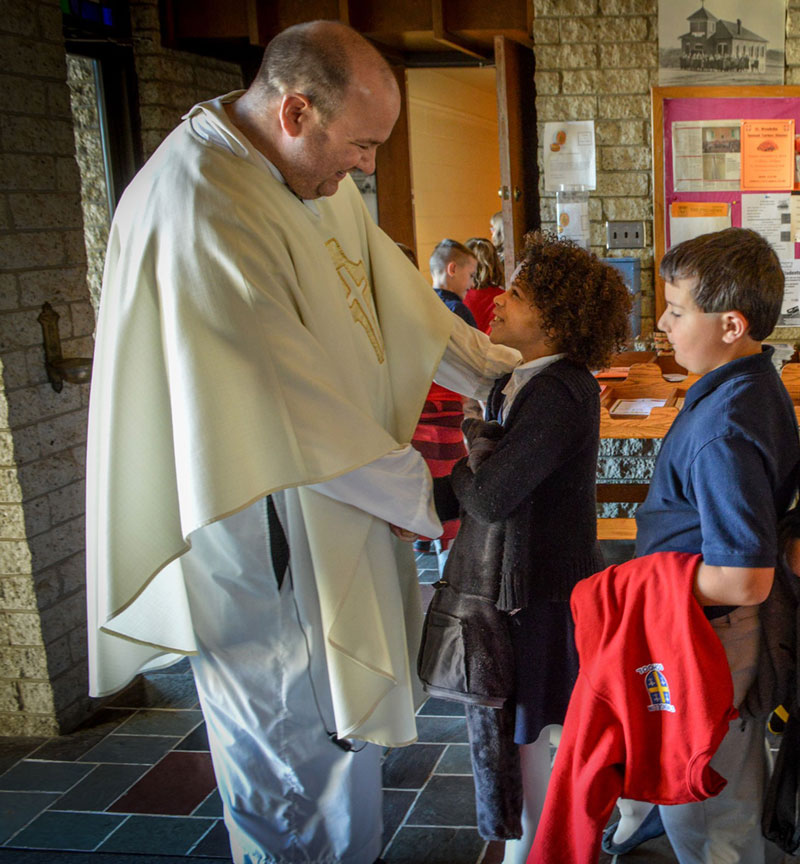 The program will help participants to encounter Christ, grow in faith, discern their spiritual gifts and answer the call to mission.